Sevilla were on Wednesday handed a boost over Anthony Martial’s fitness ahead of hosting West Ham in the first leg of their Europa League last 16 tie. The Manchester United loanee has missed Sevilla’s last three games through injury after being forced off against Espanyol last month. However, the Frenchman was able to train with the squad 24 hours before West Ham visit. 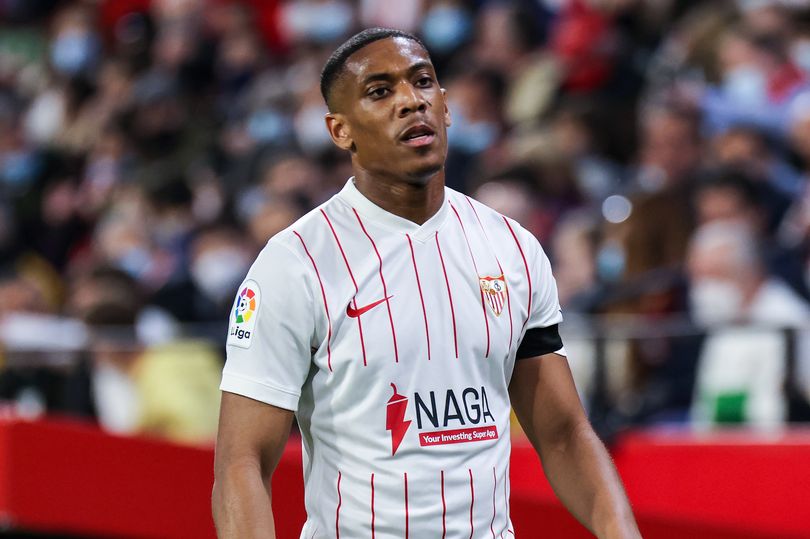 Martial has a fine record against the Hammers, boasting six goals and five assists across 13 games. Prior to his injury, he has recorded his first goal and assist for Sevilla in his previous two outings. Sevilla included Martial in their 22-man squad for Thursday’s game. Addressing the media on Wednesday afternoon, head coach Julen Lopetegui said of Martial that he will see if the French forward can help them.

The Spanish side are wary of West Ham’s threat, labelling them the seventh-best team in England. Midfielder Nemanja Gudelj told reporters that they are a very physical side with a clear game-plan and we are going to have to be prepared to face the game. He added that it is a very strong team in one of the best leagues in the world and that eerybody knows the economic strength of these sides and they are having a very good season.

Martial will also be hoping that he is fit in time to return to the team and try to help them secure a victory and qualification against West Ham in a bid to have a great end to their season. Meanwhile, there are reports that Sevilla want to sign Martial permanently but they are still considering the odds, especially his current wages and United’s transfer demands.

“It is a difficult time but this club and this team have shown many times that in difficult times it is stronger. When one falls another steps up.