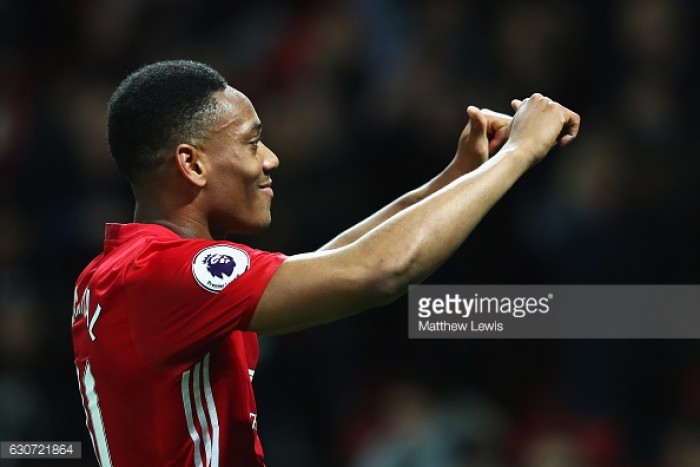 After an underwhelming season, the former most expensive teenager was rumoured to be open to a move to the North London. However, as the rumours quickly grew thick, the former Monaco star took to his Twitter to squash it.

“The rumours are false,” he tweeted.

The 21-year old continues to struggle with a lack of confidencethat has affected his game. His poor performances have seen him fall in the pecking order at Old Trafford. He scored nine goals in 45 games for United but he was obviously ignored in the biggest matches, proving a lack of faith in him.

Coach Jose Mourinho has publicly criticized him while remaining more forgiving of a younger Marcus Rashford. United paid an initial fee of £36 million for Martial in 2015 but the total fees could rise to £58 million in add-ons.

This term he struggled to get a permanent shirt. Arsene Wenger has always been a fan of the French star, openly saying he was surprised that Monaco sold the player even though the fee was “massive.” He revealed that he thought Monaco never wanted to sell the player, as they had said, especially after selling many others then.

Wenger’s comments then made the rumours of a surprise bid feasible until Martial ended it. However, if not to Arsenal, the France international remains a likely player that might exit the team. As the Red Devils hope to get more players in, Martial might be the trade-off. United have already added Victor Lindelof from Benfica while they remain in talks for a winger, Ivan Perisic, and a striker Alvaro Morata.